What are plastic islands?

What are plastic islands?

Plastic islands, also known as –waste islands– are large accumulations of plastic floating in the ocean, from human waste and maritime traffic. They can be seen on the surface of the water as a stain formed by layers of waste among which are: bags, containers and useless pieces of plastic.
The main problem of the formation of plastic islands is that its main component takes many years to degrade, causing a serious environmental problem that affects the whole world.
You can even find fish and birds, as well as inhabitants of the marine ecosystem, with large amounts of plastic in their digestive system. 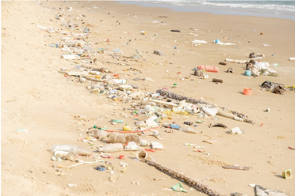 Among the most important effects of plastic islands are
• Water pollution: Because of the long period of time required for plastic to fully degrade, this waste can spend a lot of time floating around in the water, contaminating its contents. To the point that it is estimated that we all consume plastic in everything we eat and drink.
• Endangered fauna: The inhabitants of the marine habitat, affected by the unintentional consumption of plastic, are beginning to be affected. In addition, animals of any size die when they become entangled in plastics of all kinds.
• Reduction in food: The fishing sector is also affected, as there is evidence of the reduction of fishing areas and the reduction of activity in areas of high pollution.

Plastic islands are a complex problem and the main causes of this global issue are:
• Illegal garbage dumps
• Inadequate recycling
• The pollution of the beaches
• Waste from planes and ships
• The waste deposited in rivers, which flow into the seas and oceans

The world’s most important plastic islands
So far, seven plastic islands have been discovered, which have become dumping grounds for plastic waste and garbage carried by marine currents.
The seven plastic islands that have been identified are:
• Plastic island in the Sargasso Sea: recently discovered, plastic and micro-plastic waste is concentrated on this island. There you can find rigid containers, shampoo bottles, bags and fishing equipment.
• Arctic Plastic Island in the Barents Sea: This is the smallest island, located near the Arctic Circle. Its waste comes from Europe and the coast of North America.
• Plastic island in the Indian Ocean: it has an extension of more than two kilometers. Its waste has caused the death of turtles and birds. Its discovery was made official in 2010, although the hypothesis of its existence has been put forward since 1988.
• Plastic island in the South Atlantic: it is one of the smallest islands, located between South America and South Africa. It is estimated that this island is made up of more than 2,800 tons of plastic waste.
• North Atlantic plastic island: the second largest plastic island in the world. It was discovered in 1972 and has a high density of waste. It is estimated that it extends over about 4 million square kilometers.
• South Pacific plastic island: the size of this island is equivalent to 8 times the extension of the territory of Italy. Here you can find micro-fragments of plastic materials eroded by the action of time.
• Plastic island of the Great Pacific: it is the largest island, located in the Pacific Ocean, between California and the Hawaiian archipelago. It contains waste amounting to 100 million tons of plastic, light metals and decomposing organic waste. Its extension is so huge that it is estimated that it can reach 10 million square kilometers. 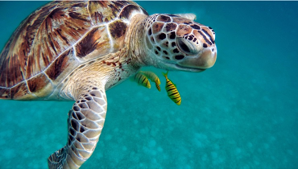 What can we actually do to prevent the creation of plastic islands?
Although very few believe it, we have the power to help the planet Earth.

Some of these actions are:
• Reducing the use of plastics.
• Reuse and recycle in the right containers.
• Participate in beach clean-up days.
• Promote awareness among people to eradicate the formation of plastic islands.
• Support organizations working to implement measures to reduce plastic in the ocean.
• Reporting illegal waste dumps to the authorities.

Thus, sooner rather than later, we will be in a position to erase that plastic stain from our oceans, allowing the progressive sanitation of our seas.
And you? What do you do to avoid the waste of plastic?

Just for a few days: immediately for you 50% off with ORIGINE50 code.

Don’t miss this opportunity, hurry up!